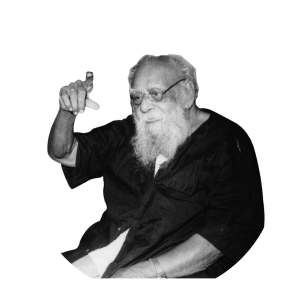 Periyar Ramasami (1879-1973) was known as the Voltaire (1694-1778) of South India, particularly, in Tamil Nadu. Both were rationalists who aroused their people to realize that all men are equal and it is the birthright of every individual to enjoy liberty, equality and fraternity. Both opposed religion virulently because the so called men of religion invented myths and superstitions to keep the innocent and ignorant people in darkness and to go on exploiting them. In one of his articles, Voltaire said “They (the religious men) inspired you with false beliefs and made you fanatics so that they might be your masters. They made you superstitious, not that you might fear god but that you might fear them”

Voltaire and other French Philosophers of the 18th century awakened their countrymen to the fact that handful of People who had money and power kept them in a state of stupor, as it were, and went on treating them like animals. The awakening of the People brought about the French Revolution in which the heads of those who had exploited the People for generations, rolled to the ground. This revolution turned bloody” because it was mainly political. Because it was violent, its purpose was achieved in a short time.

Periyar was born in an affluent family on 17th September 1879. His parents were deeply religious and they frequently arranged religious discourses to be given at a temple or in other Public places. While all the other members of the family listened to the discourses with great devotion even in his early teens Ramasami displayed a keen rationalistic tendency and ridiculed the pundits who gave the talks, by pointing out the contradictions in their statements and also their incredible exaggerations. Referring to this early experience of his, Periyar wrote later in one of his autobiographical articles: “It gave me extraordinary pleasure to fling at the pundits their own contradictions and Thus perplex Them. It also gave me the reputation, among our neighbours of being a clever speaker. I believe that it was this experience which deprived me of faith in castes and communities, in religion, in “puranas”, in “sastras” and in god. “It is an irony that the religious discourses which were intended to Kindle piety and religiosity in all listeners produced the opposite effect on Ramasami. As he grew up, he became convinced that some people used religion only as a mask to deceive innocent people. That was why he took it as one of the duties in his life to warn people against superstitious and priests.